From Rotorua, we continued our journey north to spend our last three days in Auckland. But on the way, we had to make another touristy stop – Hobbiton.

Affiliate Disclosure: AppMyHome.com is a participant in the Amazon Services LLC Associates Program and CJ affiliate advertising programs designed to provide a means for sites to earn advertising fees by advertising and linking to various merchant sites. Opinions and Conclusions are our own.

Hobbiton – the most touristy spot in New Zealand

Lots of people come to New Zealand to see the Lords of the Rings sights, and Hobbiton is the epicenter of LoTR tourism. It’s in the middle of a big swath of farmland in the New Zealand countryside, about two hours from Auckland.

When Peter Jackson was making the original movies, he scouted all over the country to find the perfect place for his hobbit village, and apparently found this area by air. His team constructed the original Hobbit sets there, filmed the first three movies, then dismantled everything and moved on.

Hobbiton is really popular, and even in the shoulder season (we were there in New Zealand’s spring), it can be packed and you need to buy tickets in advance for a particular time slot. The day we went, the weather was miserable – rain was coming down in sheets and the wind rendered our umbrellas useless. By the time we assembled in the building to wait for our bus, everyone was completely drenched. But the tour time was still packed, and we piled on for our short trip from the gift shop to the village.

The movies make it look huge, but Hobbiton is pretty small in real life, so they limit the size and time for tour groups so we can comfortably explore the Hobbit holes. After we got off our packed bus we split into smaller groups. Our tour guide was from Texas and she took us around to explain what we were seeing.

The Hobbit holes were built in different scales, to fit the different actors and scenes. Some we had to almost crawl into, others had plenty of headroom. The scale helped make the hobbits appear smaller and Gandalf appear towering. Hobbiton has all the original sets with the different trades – kitchen, baking, blacksmith, etc. We explored with umbrellas until the rain calmed down a bit, then we got a little bit of sunshine to see things better and dry off a bit.

At the end of the tour, we got to spend some time in the replica of the tavern, and we each got one beverage. Just like our walking tour, that was timed, so pretty soon we were rushed out so more tourists could come in.

Even with all the tourists and the limited time, Hobbiton was a lot of fun and we loved exploring the set and learning more about the behind the scenes filmmaking tricks. We’d definitely recommend it, even to the most casual of Lord of the Rings fans.

From Hobbiton, we made our way to Auckland for the last few nights of our trip. Auckland is by far the largest city in New Zealand, with about 1.6M people. We planned our flight out of there but wanted to make sure we had a few days to explore the city.

Our hotel was actually in a small suburb just across the bay from Auckland proper. Hotels were much more expensive in Auckland than the rest of our trip, as we were starting to get closer to summer by this time in our journey. The one we found was kind of a strange spot, it had wide hallways with handrails like a hospital, and the rooms had a bit of an apartment feel, like we were in an assisted living facility. We seemed unusual as tourists there, most of the guests were business people or transitioning to Auckland from somewhere else.

Our little suburb connected to Auckland by ferry, and we were a short walk to our stop from the hotel. As a commuter hub, our ferry service was somewhat limited to mornings and evenings, but once we arrived in Auckland at the main terminal, there were lots of regular ferries, leaving every 15 minutes or so to another destination. It felt like a really busy train station, with more people than we’d seen since we left Australia.

We enjoyed Auckland’s culture and parks and spent a long day walking around exploring. We went to the trendy neighborhood of Ponsonby and explored the shops and had lunch. Even as the largest city in New Zealand, it really is a small town – we happened to see a guy from that neighborhood the next night when we ate at a pricey (but delicious) sushi bar for our last meal of our vacation.

Back in Wellington, Fleur recommended we go to Waiheke Island. Waiheke Island is not too far away from Auckland, but it seems like another world. It’s a lush, almost tropical island with beaches and wineries, the perfect day or weekend out from busy Auckland. We had probably the warmest weather of our trip, not quite beach weather for us but that didn’t stop lots of people from swimming in the ocean. 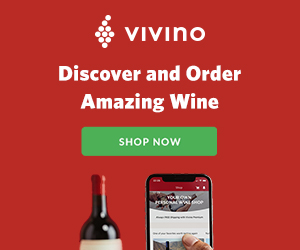 Since we had enjoyed the electric bikes in Nelson earlier in our trip, we decided to explore Waiheke Island the same way. We had seen an electric bike rental shop in the ferry terminal that had great looking bikes, so we reserved them from the same company to pick up on the Island. We showed up to pick them up and it was not the operation we expected. The island fleet of bikes looked old and it took us a few tries to find bikes that were the proper size and that worked. We wobbled out of the shop and took off to explore the island.

Our first stop was not too far from the shop, the Mudbrick winery at the top of a hill. The bikes struggled up, but we made it and enjoyed our wine tasting in the warm sunshine. The wines were different in Waiheke, more full-bodied varieties versus the Pinot Noir we’d been enjoying in the rest of New Zealand.

After our first wine stop, we continued riding around the island. There was a lot more traffic on the roads than we were used to, and even this late in the trip riding on the left still felt awkward. After about an hour or so, I started to have some real problems working my gears and the electric motor. I would pedal and start moving kind of slowly, then I would click up the throttle and nothing would happen. Then suddenly my bike would jerk forward and start going too fast. I tried to adjust for a while but kept getting more uncomfortable. Finally I yelled to Mark to stop, and said I was done with the bikes. He called the owner of the shop, and she graciously gave us a full refund and told us just to leave the bikes on the side of the road, and someone from her shop would come and pick them up later. So we abandoned our bikes and bought ten dollar passes for the Waiheke bus that circuited the island. Much better!

We were limited to the wineries we could visit based on the bus stops, but between walking and taking the bus we spent the day exploring the island and tasting plenty of delicious wine. If you are planning a visit, we’d recommend you try to spend a night or two on the Island, especially in the warm weather. It feels like Hawaii, with wine – a dream vacation.

Auckland feels like a pretty standard big city, with everything you’d expect – nice hotels and restaurants, museums and shopping. The harborside has lots of trendy restaurants and bars and traveling by ferry is really pleasant. The prices were significantly more than the rest of our New Zealand trip, and there was a lot more traffic.

Depending how you plan your trip to New Zealand, you will probably fly into or out of Auckland. We think two nights is enough to experience the city before you move on to the rest of New Zealand, maybe three nights if you add on a day trip to Hobbiton.

Our 40 days in New Zealand

We loved every minute of our 40 days in New Zealand. From Milford Sound to the Otago Central Rail Trail, from Dunedin to Christchurch to Abel Tasman, from Rotorua to Hobbitton. There is so much to do for almost any kind of traveler, but especially if you appreciate natural beauty. It’s almost impossible for us to choose just one favorite place from our trip.

Even with 40 days we missed some places – the Franz Josef Glacier, most of the West Coast of the South Island, the Bay of Plenty in the North Island and Lake Taupo, the home of the longest running Iron Man competition (well, we did stop in Lake Taupo for lunch, but not sure that counts). We didn’t get to ski in Queenstown or at Arthur’s Pass.

If you’re planning your own trip, here are a few things we’d recommend:

New Zealand: Milford Sound and Beyond